Here’s the leaderboard for debt lawsuits in New Jersey (not sure if everyone can agree Jersey is actually part of the US, but . . .) 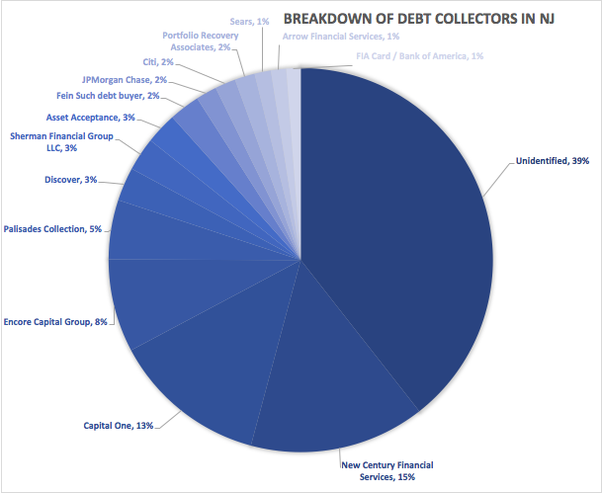 Sure, New Jersey isn’t the entire united states but because of the divided nature of the US court system, court data for all of the US is very difficult (never done) to get. Also, debt lawsuits aren’t the same as debt collection attempts.

But for what it’s worth, this is how it breaks down in NJ.

Based on data collected from 1996–2011 and published by Pro Publica, the top three suers for debt in NJ were New Century Financial, Capital One, and Encore Capital Group. Capital One, for example sued for 276,820 cases.

These numbers are somewhat representative of the US at large. Capital One for example, is one of the largest suers for debt across the nation.

What’s in your wallet? A debt lawsuit.

Some other best guesses